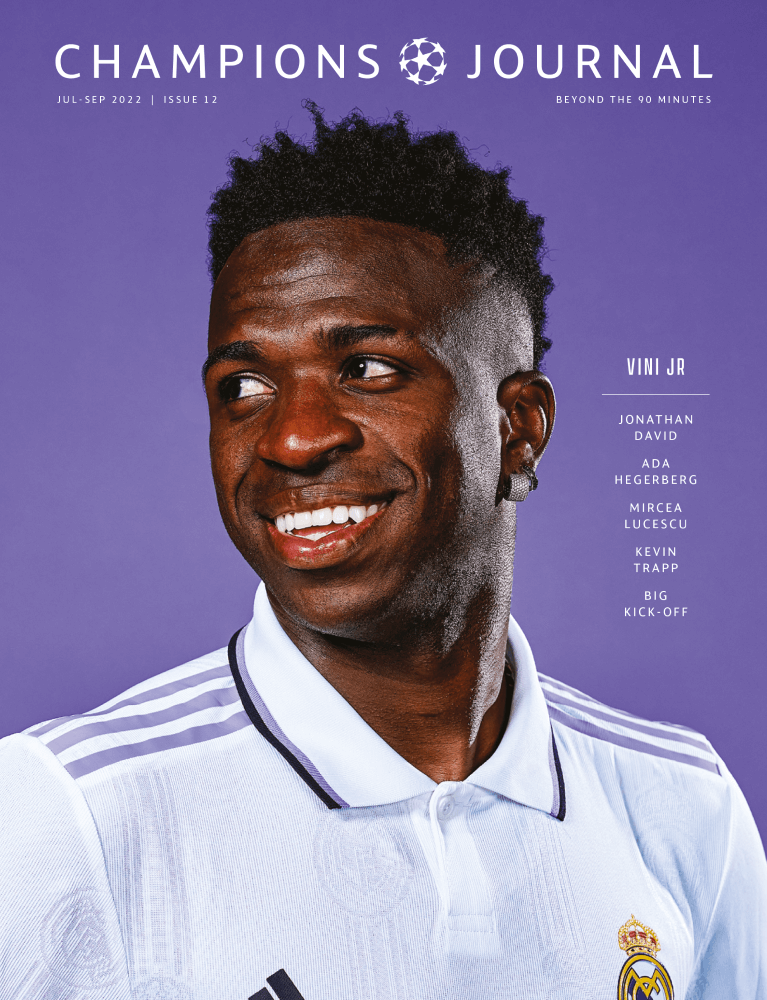 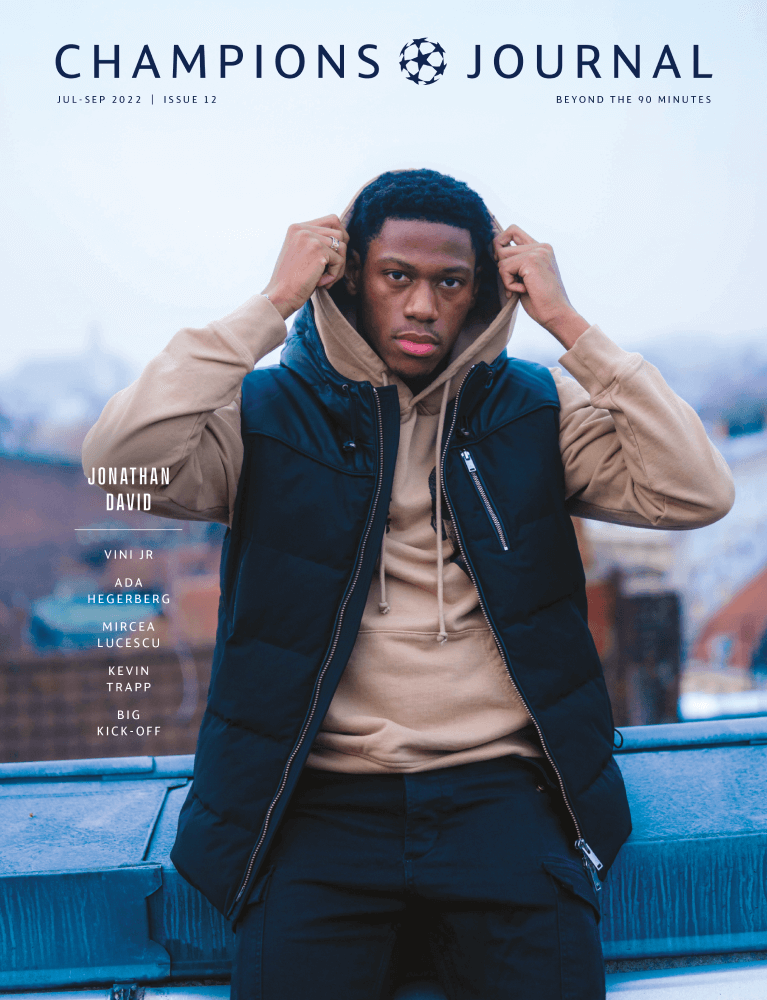 We've got a winning combination lined up for issue 12. Striker Jonathan David had a debut Champions League campaign to remember for LOSC – and it suggests there’s plenty more to come from the youngster. Keep an eye out for him at the World Cup too, where he’ll be leading the line for Canada.

Meanwhile, Vini Jr stole the show for Real Madrid in the final with the winning goal. The Brazilian came of age this season; we found out how and why, as well as hearing about his tight bond with Rodrygo and his take on being fashion forward.

No sooner had the curtain fallen on last season than the 2022/23 Champions League was up and running – and our editor was in Reykjavík for the kick-off of the new campaign. The stakes weren’t quite so high but the drama was every bit as tense as it was in Paris.

We’ve also caught up with Mircea Lucescu to discuss the incredible effort that he and his team have gone through to prepare Dynamo Kyiv for a new season in Europe. Plus, goalkeeper Kevin Trapp looks forward to the Champions League, after performing when it mattered in the Europa League final to earn Eintracht Frankfurt a spot in the group stage. 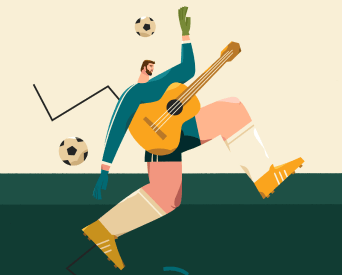 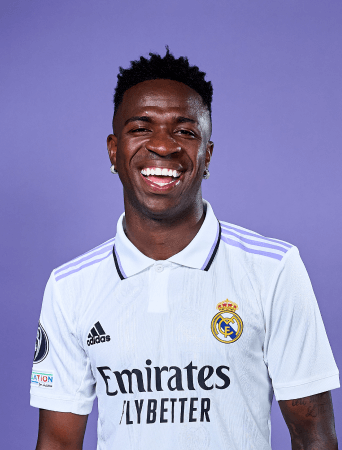 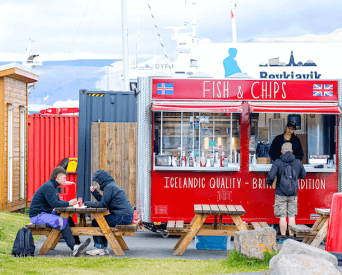 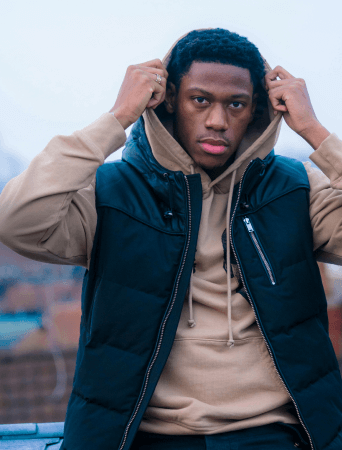 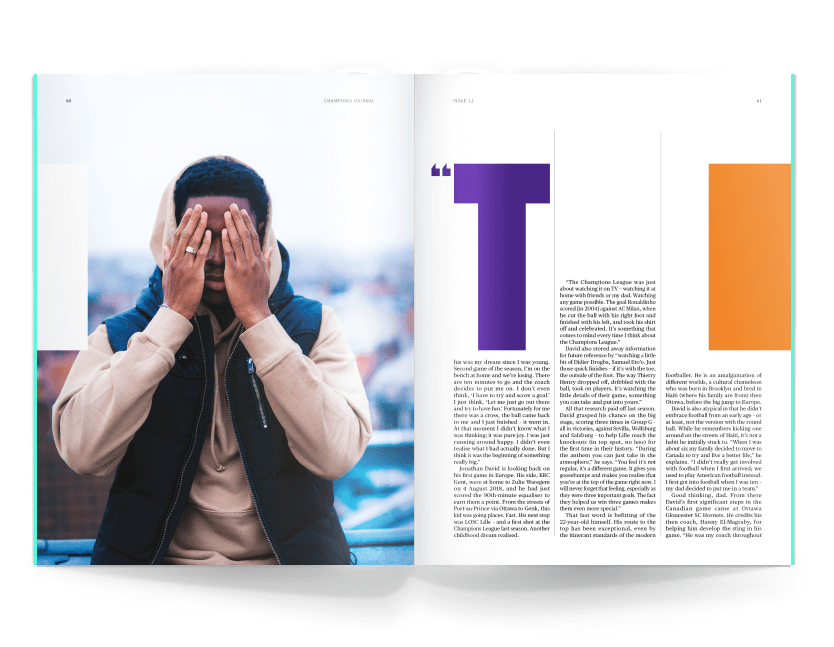 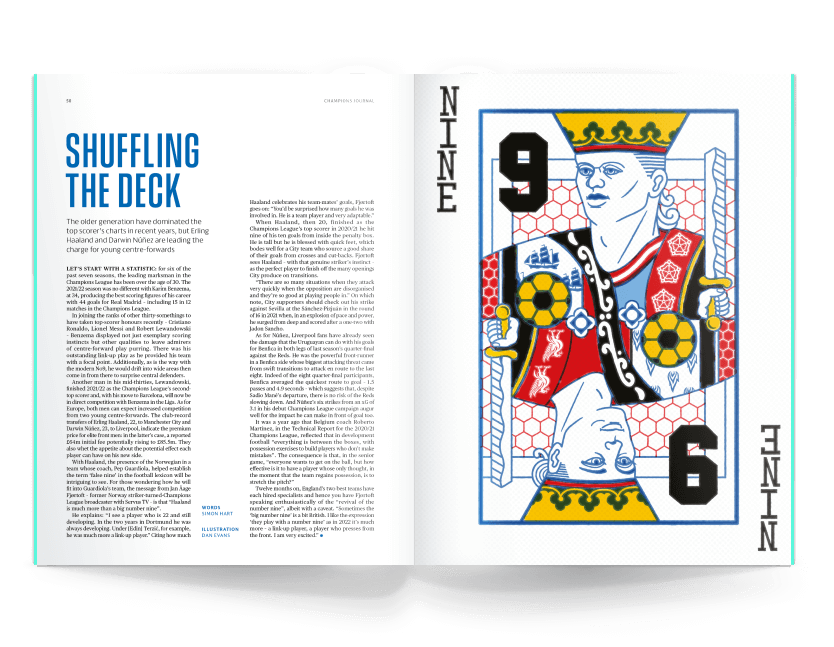 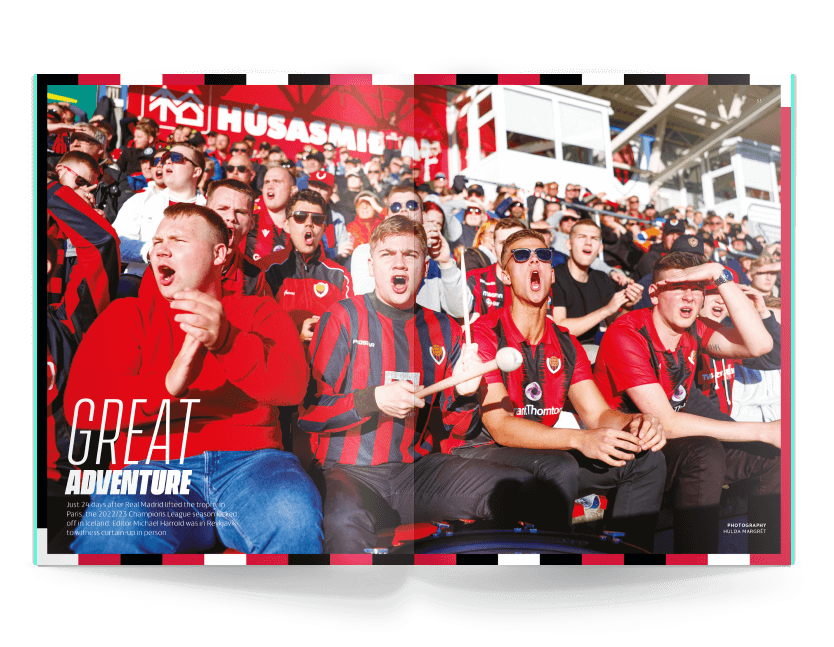 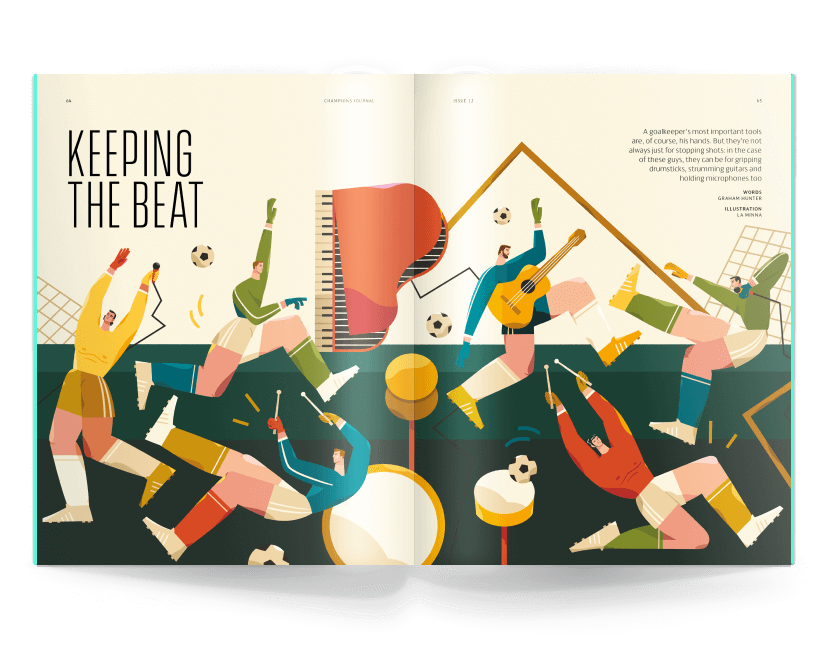 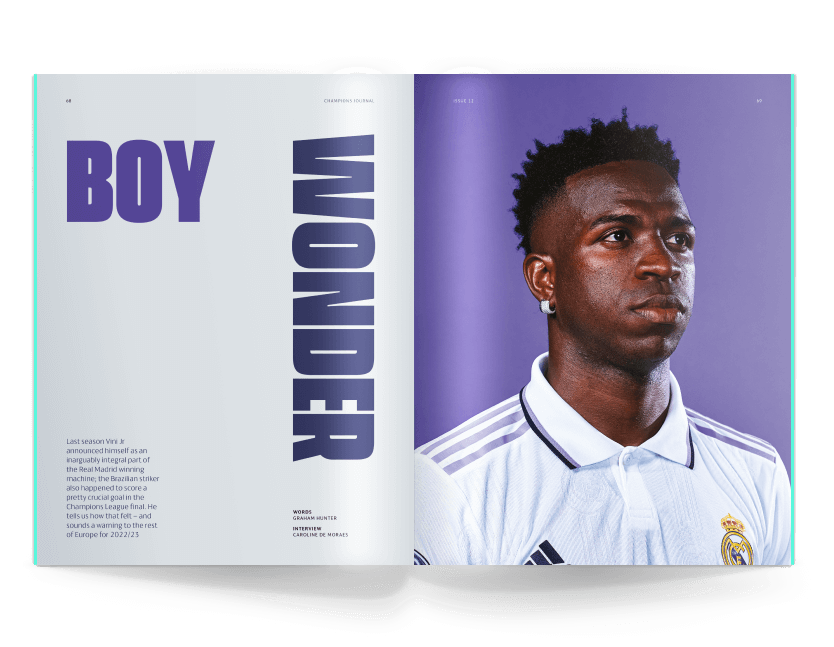 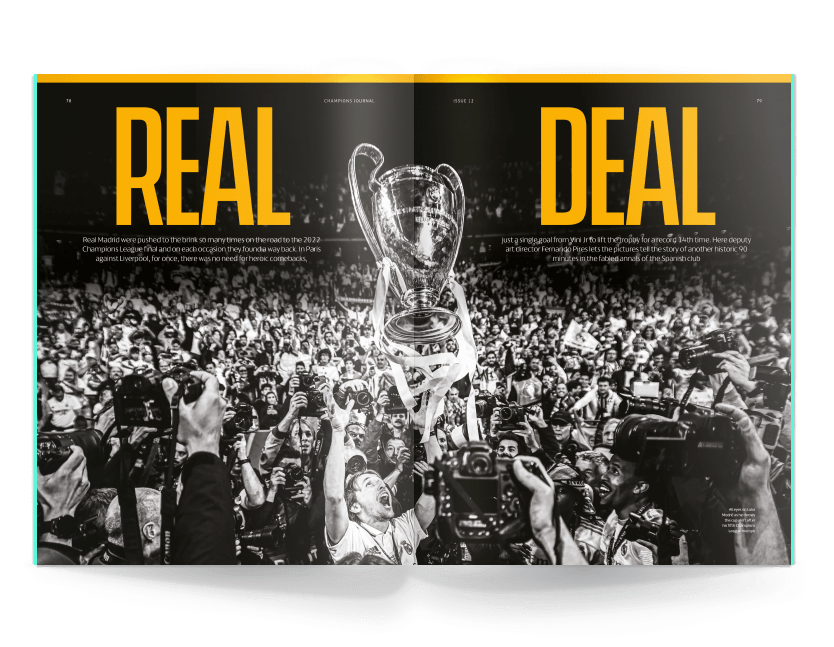 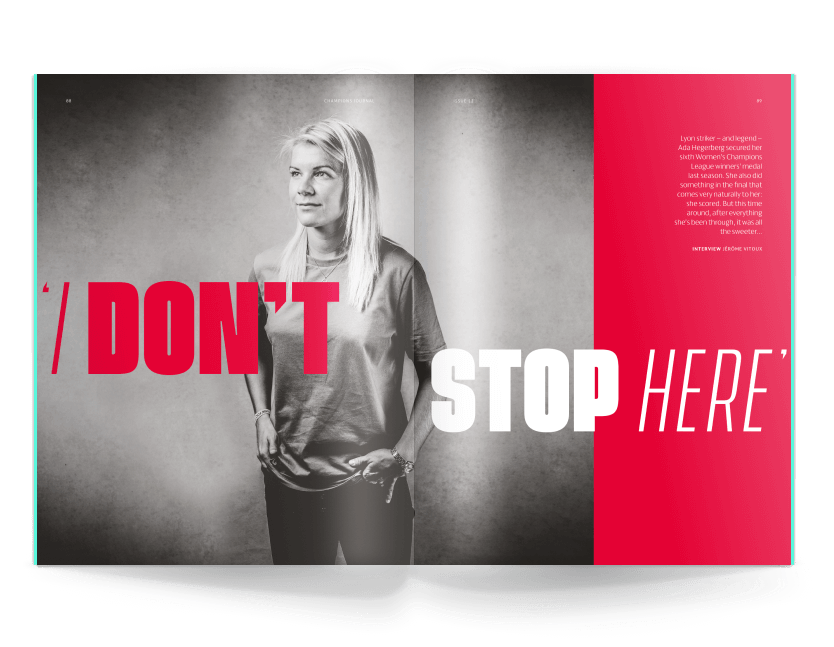 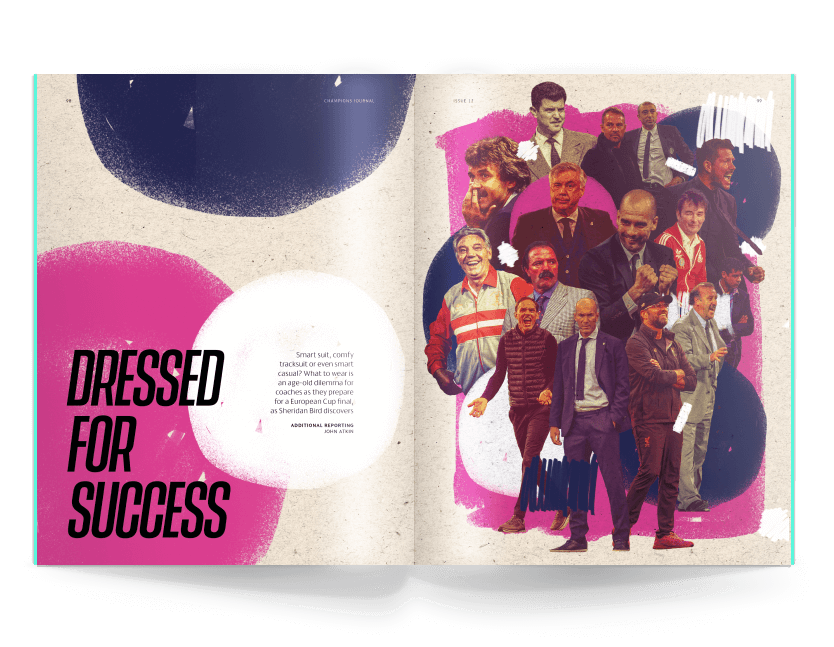 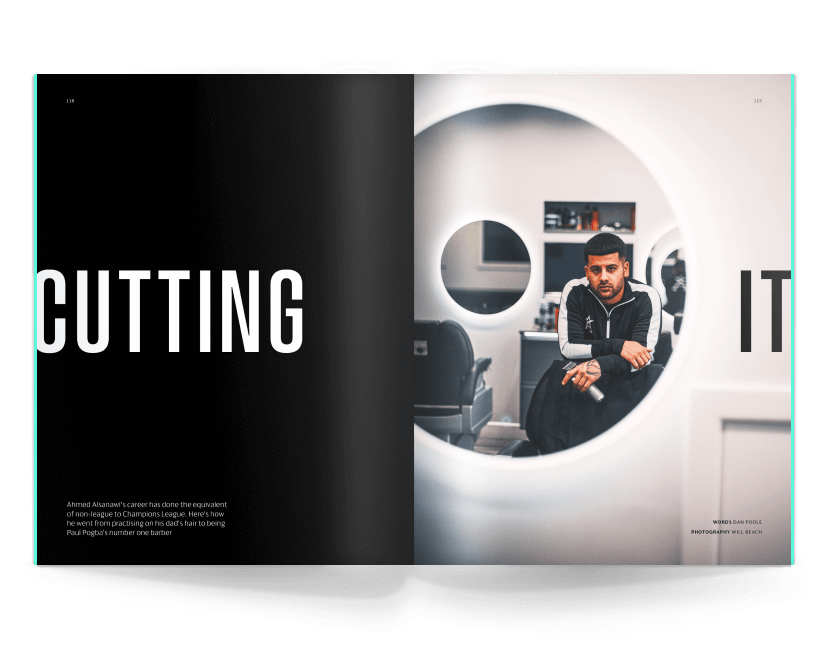 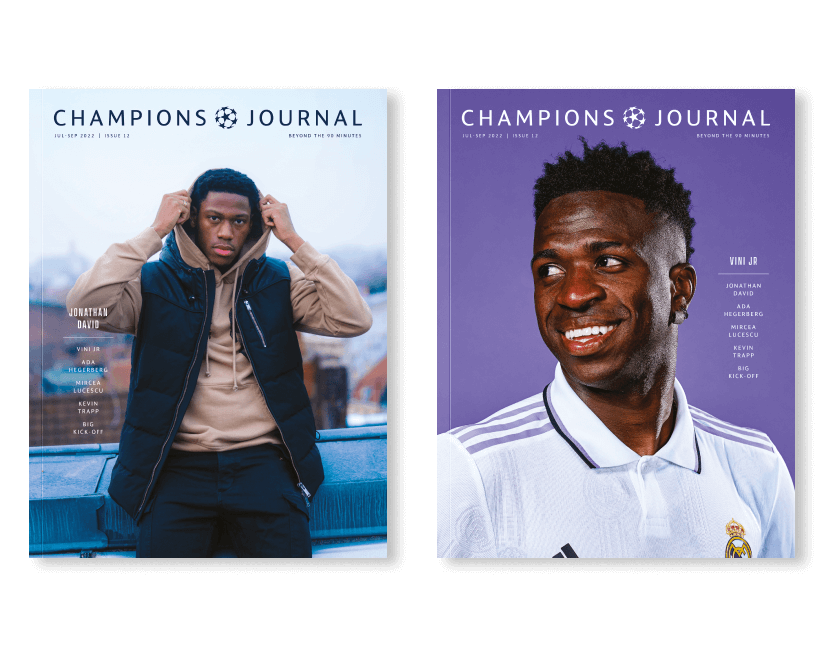 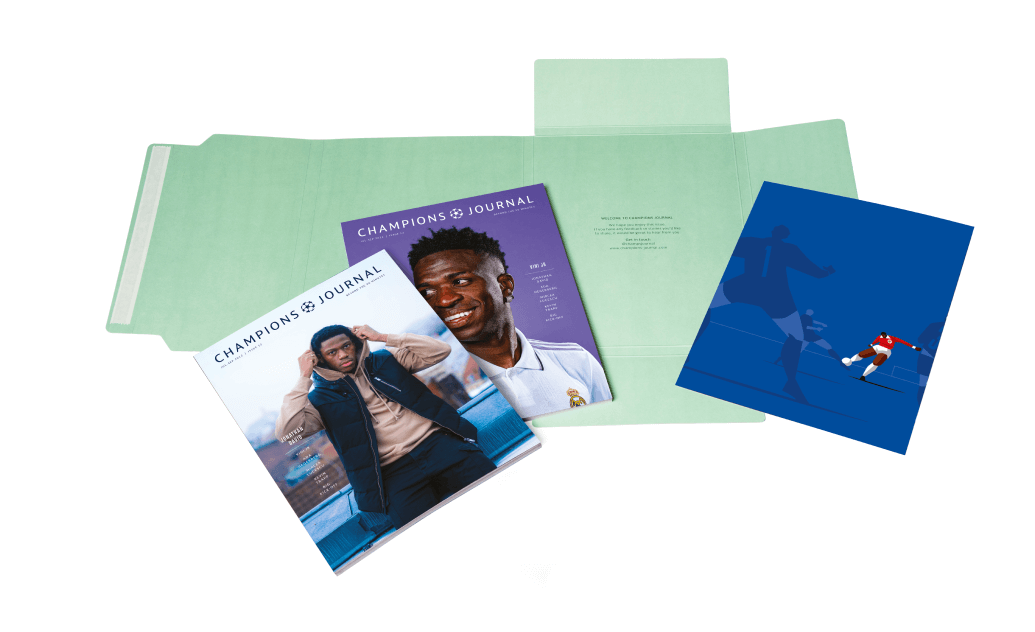 Shipping for issue 12 will start from 10 August 2022. Due to the current global situation, we will keep you informed of any changes to our shipping schedule.