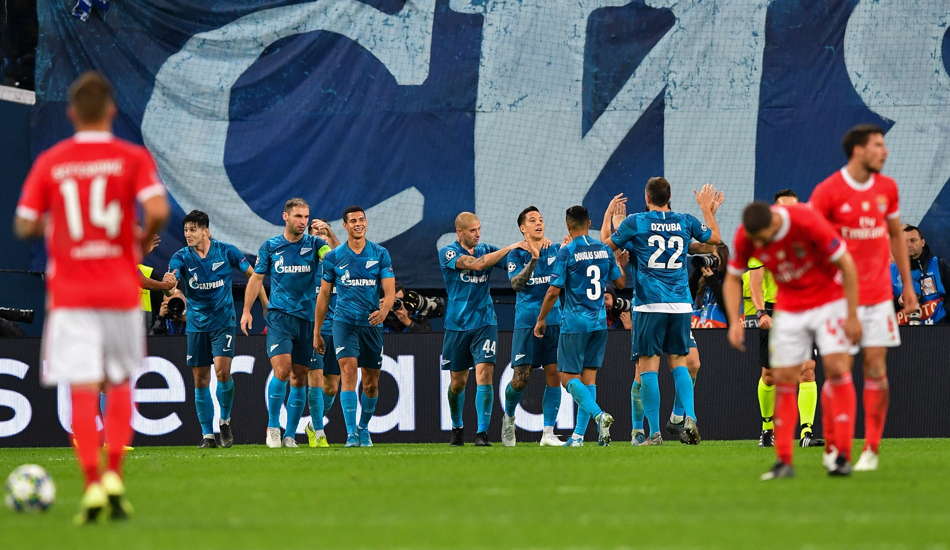 ‘You could feel the atmosphere of a big match’

A Champions League night in St Petersburg! After five long seasons, I was finally able to walk to our new stadium and witness the best competition in European football. Benfica were the visitors on Matchday 2 and it was thrilling to be there – but nervy too, especially with so many more fans than usual in attendance. Zenit supporters always say: “One city, one team,” and it was obvious that a powerful backing was assured.

You could feel the atmosphere of a big match. Turning to my right, I was met with a beautiful view of the bridge and the bay, but the stadium also looked stunning lit up in the club’s colours. And the fans did a tremendous job of showcasing the symbols of our city and the club emblem.

When the team appeared on the pitch for their warm-up, the chants started. I got steadily more excited as the fever built in the minutes before kick-off. But when the Champions League anthem began, with an orchestra playing under the second tier especially for this night, I got goose bumps all over. Oh yes, how we missed that feeling.

My voice was already wheezing after the first half, but more importantly we were leading 1-0 and had impressive support. I also had to respect the away fans; though few in number, I could see how important it was for them to be there. Not that it was a great evening for their team. We scored a second goal and, after celebrating, my seat neighbour told me convincingly: “We’ll get a third, for sure.” Well, eight minutes later his prediction came true, and we hugged each other on what felt like a magical European football evening.

It finished 3-1 at the final whistle and that was that. The whole stadium cheered our first ever Champions League win at our new home, which also took us top of the group. There was a lovely moment of grateful applause by the players for the fans and, of course, I made sure to get a photo of the scoreline for posterity. Leaving the ground in the best possible mood, I then remembered the Champions League final will be in St Petersburg next season– and that made me smile.