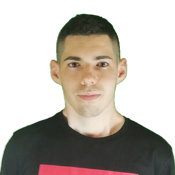 Our Champions Journalist fan reporter Pedro Pardo yearns to return to Mestalla. But in the meantime, he’s living off memories good and bad as he takes a philosophical approach to the enforced separation from the game he loves.

Mestalla has been closed for nearly two months now. I miss it so much. I never thought I was going to miss that shiver that runs through me every time I walk into the stadium quite as much as this. I’ve always felt it, ever since the first time my father took me in 2006. My passion for Valencia has been inside me since I was little.

We've had tough defeats in the past few years – many nights when I haven't been able to sleep. One of the last was our elimination from the Champions League at the hands of Atalanta. I was supposed to go to the game but couldn’t, as it had to be played behind closed doors. I thought about getting as close as I could to Mestalla and watching it in a bar near the stadium. However, as a precaution I stayed at home and watched with my father in the living room. It was strange to see an empty Mestalla on television when the anthem was playing. It is sad to think about it, since we do not know when we will hear it again.

During quarantine I have been reflecting a bit on how hard recent years have been. I have a small library in which I keep newspapers with memories of cruel defeats; they help to remind me that though we have failed many times, we've always managed to overcome bad streaks. One of the front covers that causes me the most pain is the one that shows our elimination against Sevilla in the 2013/14 Europa League semi-finals. Stéphane Mbia’s 94th-minute goal put us out of the competition. I’ll never forget the sadness of that night. It was one of those that marks a before and after, that closes an era.

Two seasons later, Valencia were back in the Champions League and facing Monaco in the play-offs. The first leg of that tie, 19 August 2015, was the first time I lived through a Champions League night at Mestalla. The first time I got goose bumps when the anthem played. I have kept the match ticket in perfect condition, along with the photo I have with my idol David Villa, which was taken in 2007. They're indelible memories.

Although the wait to return to stadiums will go on for a while yet, hopefully football will be back in the next few weeks. I hope to enjoy the games again, just like before, but I will do so at home. And I’ll keep reminding myself that every day that passes is one day less for the magic of the Champions League to return to our beloved Mestalla.

Pedro Pardo Sánchez
Pedro can cite the exact day he joined the Valencia cause: 12 August 2006, his seventh birthday, when his father bought him a Valencia shirt and two tickets to their upcoming Champions League game against Roma. With Mestalla as a second home, he has been grateful for that day ever since, in particular admiring the skills of retired forward David Villa and captain Dani Parejo.