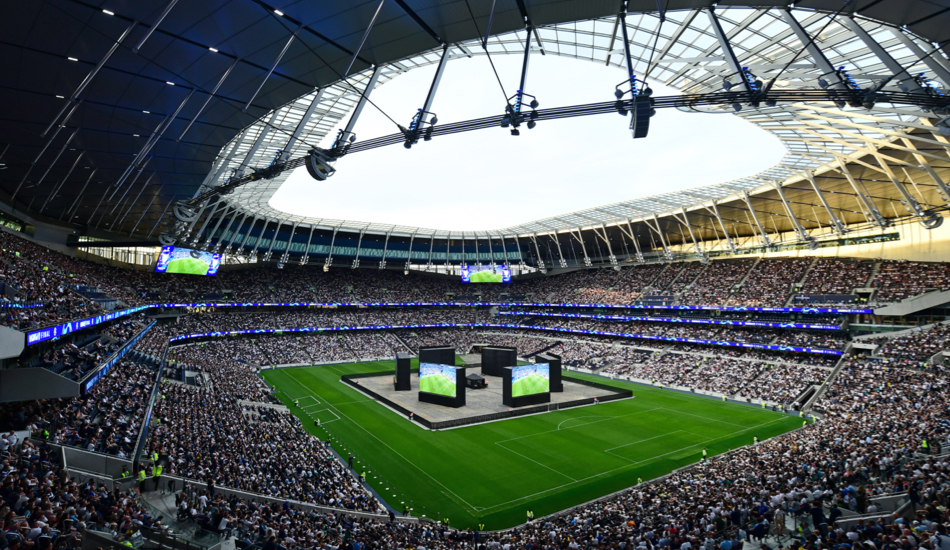 Tottenham fans gathered at their new stadium to watch a live screening of the 2019 final against Liverpool
1 June 2019, Tottenham

‘I could feel excitement competing with stress’ 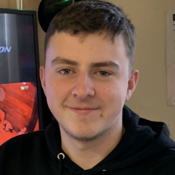 The alarm starts beeping. In 14 hours’ time the club I have supported for the past 18 years could possibly be European champions. A sense of pride, excitement and nerves shakes through my whole body. It is a momentous day, Champions League final day, and I am going to spend it with 62,000 fellow fans. I couldn’t ask for more.

As the clock struck 2pm, we arrived at the Tottenham Hotspur Stadium and made the long walk from Seven Sisters station, soaking up the atmosphere before, potentially, the greatest game in our history. Even though the turnstiles were open, every single Spurs supporter was enjoying the sun on Tottenham High Road, having a drink and producing a chorus of songs – never mind the team being all the way over in Madrid.

A chorus of “Oh when the Spurs go marching in” broke out in the 17,000 single-tier South Stand before everyone else joined in, all keen to show our support from London. With just a few minutes to go I could feel my excitement competing with the stress building in my body. Then, within a minute of kick-off, I was a mess: Liverpool had been awarded a penalty for handball inside the first 30 seconds. From experiencing the magical comeback at Ajax, I knew we had to go one better in Madrid when Mohamed Salah produced a thunderous strike past Hugo Lloris. As the ball rippled the net, I fell back into my seat knowing the task had become that much harder.

There were few chances throughout the match and when Heung-Min Son was played through on goal but failed to get the ball under control, it just didn’t seem to be our day. From playing them in the Premier League, we knew Liverpool were defensively strong and we had to take any chances that came to us. Unfortunately, Spurs failed to create anything clear-cut. A deep sense of disappointment kicked in when Divock Origi slotted past Lloris in the closing minutes. The game was finished, though it didn’t stop Tottenham fans bursting into song once more: “Oh when the Spurs go marching in…”

Paolo Iantosca
Brought into the Tottenham fold by his father, Paolo is unlikely to ever forget Lucas Moura’s extraordinary late winner against Ajax in the Champions League semi-finals last season. While that goal remains etched in his memory, he has been spoiled for players to admire over the years, with the 2016/17 version of Harry Kane heading a list including Gareth Bale, Luka Modrić and Jermain Defoe.