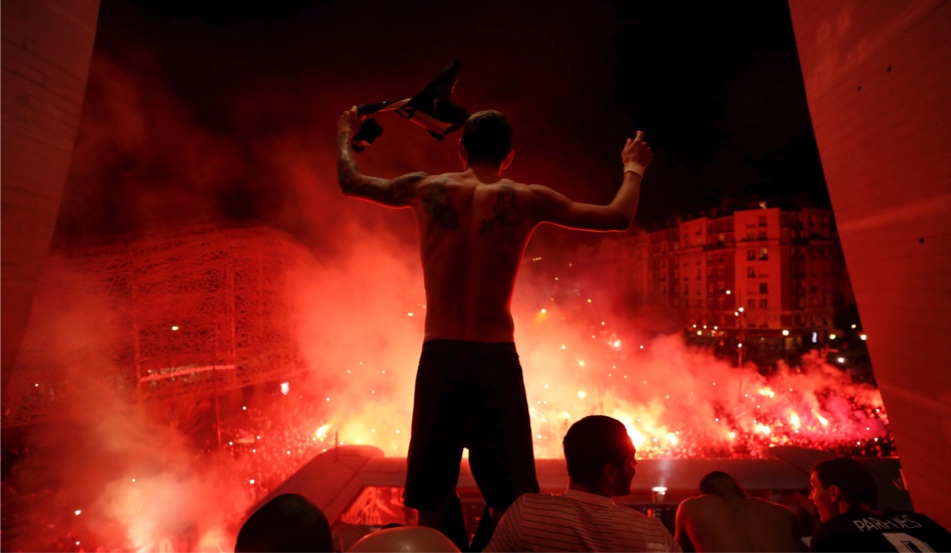 Some Wednesdays are different to others. On some Wednesdays, Paris wakes up breathing a little heavier than usual. These Wednesday are special: they are Champions League Wednesdays. Parisians start the day with a heart full of hope and a long, suspenseful day ahead of them before the game starts.

The city is buzzing from first light and that buzz only grows louder as kick-off approaches. At dusk, only moments before the spectacle, Paris is draped in stunning orange by the setting sun, beautifully setting the stage for the sort of night, full of emotion, that only football can produce.

Learning that I wouldn’t be able to watch the game, because it would be played behind closed doors owing to the coronavirus outbreak, was heartbreaking. But some things (very few, admittedly) are more important than football.

After being beaten 2-1 in Dortmund in the first leg, PSG had to win at home in their fortress – yet without their supporters. You could still hear the roars of the ultras resonating in the streets outside the stadium but it wasn’t the same. Watching a football game in the Parc is a unique experience and rare are the moments that move me more than hearing the Champions League hymn vibrating throughout the arena.

Still, the club is home to the most talented young players in the world, Neymar and Kylian Mbappe among them, and they shone brightly on the pitch. During an exhilarating 90-minute game that I ended up watching at a friend’s house, the players finally slayed the yellow dragon. That the players came out onto a balcony at the stadium to celebrate with the fans afterwards was truly unbelievable. Laywin Kurzawa even came down to celebrate directly with the supporters; it felt like it marked the rebirth of our club in the Champions League.

And with that Paris could finally go to sleep with a feeling of accomplishment, exhausted after an emotional rollercoaster.