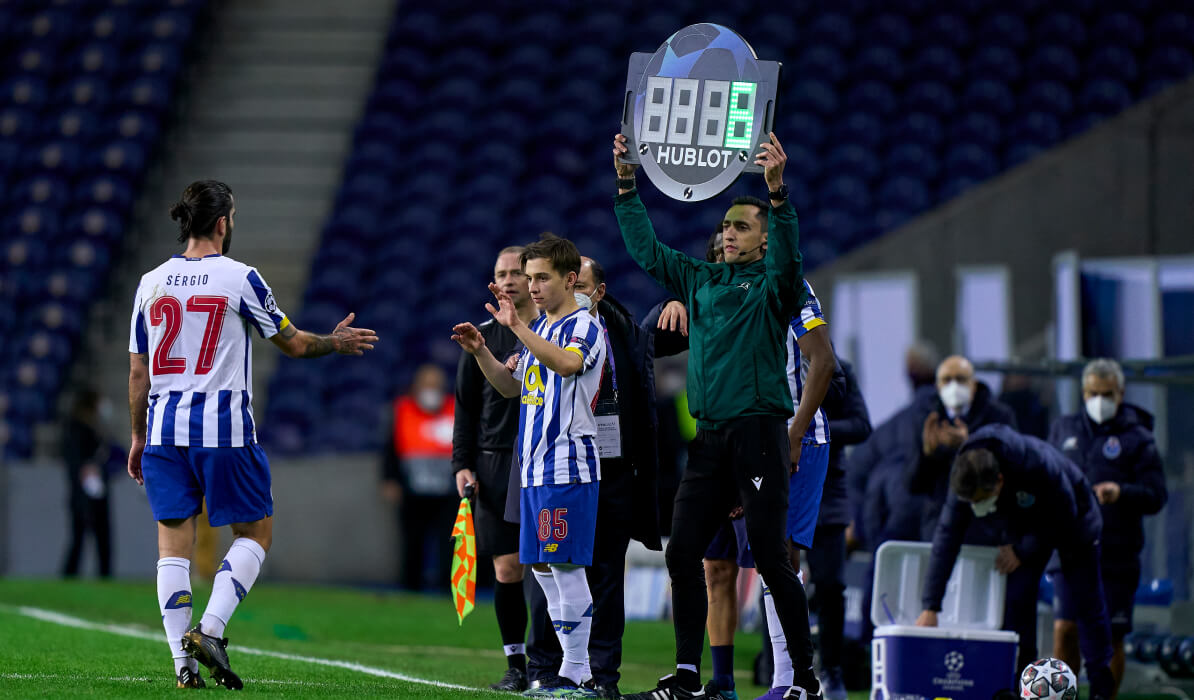 What was the best thing about Porto’s game against Juventus? This fan reporter cherished a moment that went above and beyond the final score

Us younger Porto fans never saw manager Sérgio Conceição play, but he was described as a beast on the pitch. He was determined to make the best possible situation of every single game, sweating to the very last drop of sweat. It’s even said that he could be angry after winning 5-0 because the team could have scored a sixth.

This week he must have been happy that FC Porto scored in the second minute of the match against Juventus, going on to win 2-1. That was a great result in itself, but the most beautiful moment arrived at the end, when the fourth official signalled for injury time. The game was already won when the Porto coach decided to send on a couple of substitutes – and one of them was a very talented 18-year-old who happens to be his son.

Francisco Conceição made his debut against Boavista in the league last Saturday. In that game he showed his dribbling talent, not to mention his passion for wearing the club colours. After his involvement in a late goal that would have won the match, he ignored his team-mates and ran straight to his father. They shared a passionate hug; Francisco, unable to control himself, was in tears. Unfortunately VAR cancelled that goal but the moment couldn’t be taken away.

After Francisco was named among the substitutes for the game against Juventus, word started to spread. Fans started to wonder: might this up-and-coming Portuguese star end up on the same pitch as Cristiano Ronaldo? As the final whistle drew nearer, that question had an answer: Francisco was taking off his tracksuit.

Porto fans are very happy to see that Francisco is on the rise. And that’s because they hope for the same thing from every player who passes through the club: the determination and willpower that his father had.