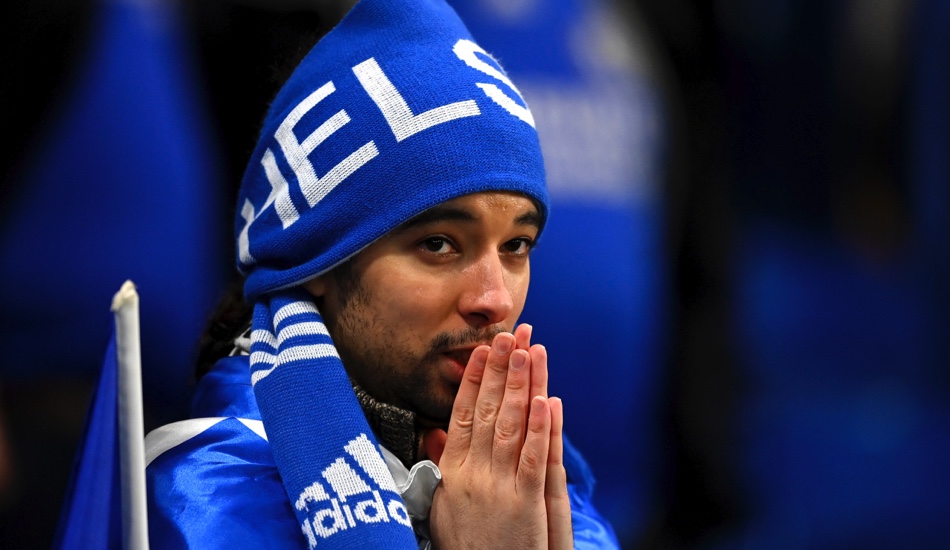 Chelsea fans will be praying for a miracle in the second leg
25 February 2020, Chelsea

I felt confident after our dominant performance against Tottenham on the weekend but, most of all, I was excited. Excited to watch my team live, excited to see Frank Lampard dictating near the dugouts, excited to watch the pre-match fireworks. The cold, blistering weather did little to put me off. Neither did the commute; squeezing onto a rammed Tube line was easy knowing that, soon enough, I’d be at Stamford Bridge.

As the pre-game show began, I sat back and took in the atmosphere, one that is only reserved for the Champions League. Somewhere in here would be the legends I grew up admiring, as well as the players I watch week in, week out – and fans from all over.

The first half was frustrating enough yet encouraging. This Bayern team were stronger than us on paper but, by half time, we’d both had equal chances. We needed to score and watching Tammy Abraham,Willian and Billy Gilmour warm up gave me some faith. Unfortunately, this wasn’t to be the night for us. Soon after the break Bayern took the lead, and then doubled it three minutes later. And then, with just under 15 minutes left on the clock, scored another.

But my disappointment didn’t lie in our performance. After we conceded the first goal, things turned sour: there was a commotion after some Bayern fans who were sitting in with the home side celebrated. Taunts were slung around, anger was building, and I missed much of the second half. I could suddenly feel the harsh cold weather and decided it was time to go home.

Sometimes you lose and sometimes you win.That’s the nature of being a sports fan. It would be boring if we never lost. But loses shouldn’t change anything. We were well and truly beaten but I will still watch my team this weekend. I will still ask those I meet who they support, in the hope that they too are Chelsea fans. And I’ll still debate with opposing fans over who’s better. But football is the not the be all and end all:it’s an experience. And one that we should all be able to enjoy.

Atiya
Born into a Chelsea-supporting household, Atiya has been a loyal Blues fan for as long as she can remember. Singling out one player from a golden era is no easy mission, but the likes of Michael Ballack, Didier Drogba and current manager Frank Lampard all have a place in her heart – with Chelsea’s Champions League triumph in 2012 her most cherished football moment.