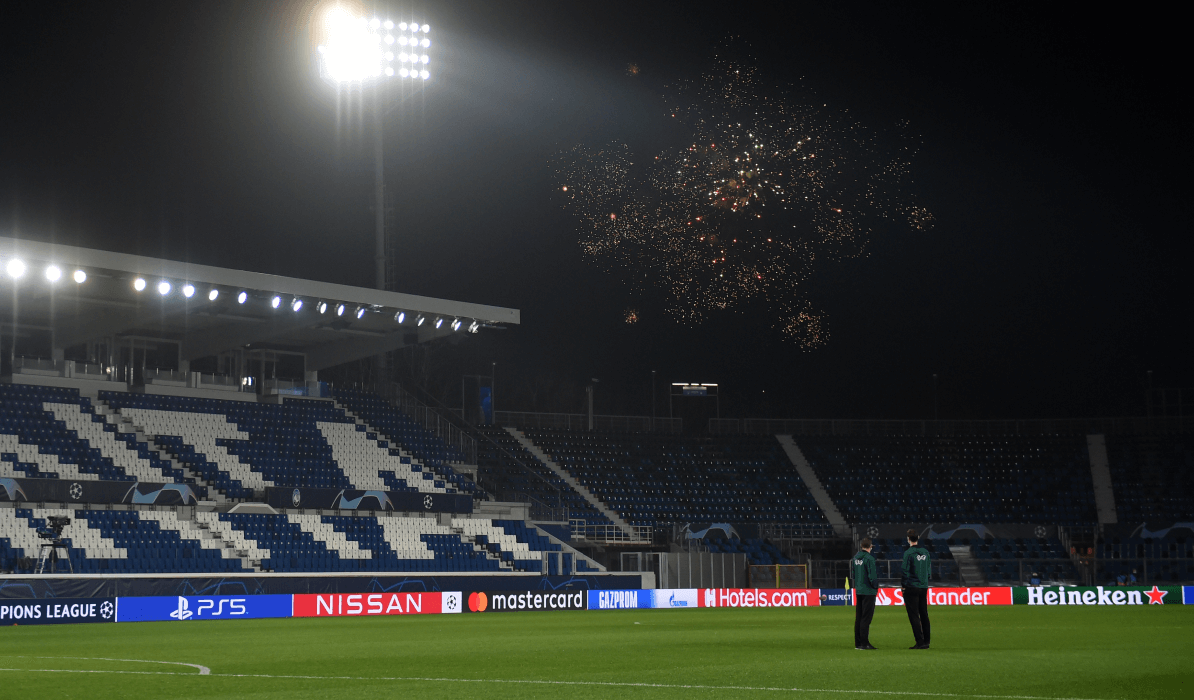 Fireworks ahead of kick-off in Bergamo
24 February 2021 – Atalanta

"We can be proud of Atalanta" 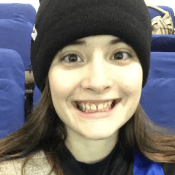 Atalanta supporter Giulia Rocchi may be down, but she insists her team is far from out

Atalanta v Real Madrid is not just a game, it is the game. It’s a match every fan in Bergamo has played at least once on their PlayStation.

The excitement started on Tuesday evening when we spotted Real Madrid’s A350 plane at Orio al Serio Airport, then their bus at the stadium. It was like a dream, something seemingly impossible happening right in front of your eyes.

On Wednesday, matchday, Bergamo woke up in a different light; you could feel the magic in the air. Walking around the city you could spot black-and-blue flags on the balconies, kids wearing their Atalanta jerseys and grownups sporting their scarves and caps.

Ahead of the game, fans gathered at the stadium to welcome and cheer the team. I could even see fireworks looking out from my window at home. The simple fact that we were going to see Real Madrid playing on our pitch was already a victory.

As our president Antonio Percassi said, we were honored to take on the “University of Football” and following the guidance of our “mister”, Gian Piero Gasperini, we did everything we could to pass the exam. We all know how the game turned out, the surprise at Remo Freuler’s red card, but we can honestly say that we didn’t lose our spirit.

Atalanta played with 10 men for 80 minutes and none of them gave up. They did everything they could and played in a way they’re not used to playing. Everyone sacrificed themselves to defend our goal, running and running to cover every spot on the field. We can honestly say that Real Madrid had some problems thanks to remarkable performances from players such as Cristian Romero, Robin Gosens and our captain Rafael Tolói.

We lost, but we can be proud of Atalanta and we’re already looking ahead to the game in Madrid. The result gives us hope of achieving something heroic in the second leg – that’s what fans of this club have come to expect.

Wednesday night was different: magical, crazy and a little sad, but this morning I woke up hopeful and proud of the team I have loved since I was a child. I can’t wait for the day I’ll return to the stadium and lift that black-and-blue scarf above my head again.

Giulia Rocchi
Born and raised in Beragmo, Giulia has Atalanta in her DNA and was first taken to watch La Dea in the flesh at the age of six. She has not stopped going since, nurturing a pride for her home-town side that reached its zenith when they made it to the quarter-finals of the Champions League last season, the only Italian team still involved. It is a pride shared by her favourite player – fellow Bergamo native Gianpaolo Bellini, who spent his entire career at the club from youth prospect to captain before retiring in 2016.