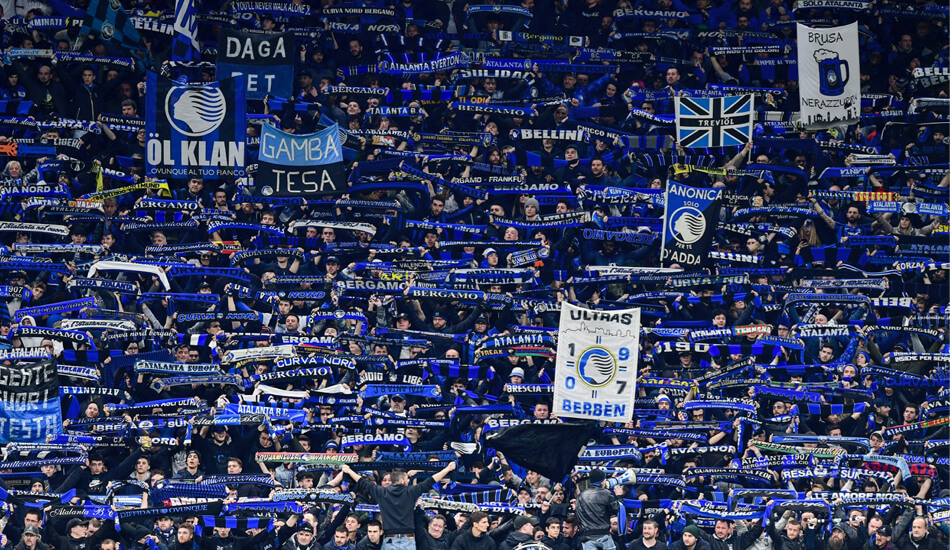 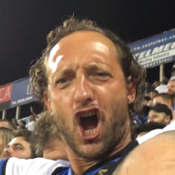 In the days before Atalanta v Valencia, the main talking point in Bergamo wasn’t the match itself. Nor was it predictions or expectations. Instead, everybody was discussing the duration of the journey from Bergamo to San Siro come the day of the game.

Usually it takes no longer than an hour on a weekday. But on this particular Wednesday more than 45,000 people – almost a third of the entire population of the city of Bergamo – was going to be heading to Milan. A football exodus to chase the dream, to be part of a collective historic moment not only for our football club but our city as well.

After almost four hours, having finally arrived at San Siro, we took part in a familiar tradition. The stadium is probably one of the best places in Italy to enjoy a panino con la salamella: a typical pork sausage sandwich from north Italy with peppers, onion, mustard and mayo. That night, as usual, we weren’t let down by our favourite pre-match meal.

In the stands before the game there was a mixture of feelings: excitement, anxiety and impatience, but overall pride over attending a match of such magnitude involving Atalanta. Then, after the first Hans Hateboer goal that made the score 1-0, I looked at my friend Francesco. Not to celebrate but to share our incredulity: just a few months ago we had been thrashed by Dynamo Zagreb, yet now we were leading in the first leg of the last-16 match. Unbelievable.

Also unbelievable: the sour note we experienced at the end of the game. Despite the big win, probably the most important in our history, the general spirit of the supporters was low. Not just because of the Valencia goal but for the way Atalanta played in the last 20 minutes of the match: with fear. We are so spoilt by Atalanta dominating games that watching La Dea in such trouble was disappointing. It’s a strange, possibly incomprehensible feeling that’s difficult to explain to anyone who hasn’t lived through our impressive rise in the past three years.

Bu we couldn’t leave San Siro before the second salamella sandwich of the night. It was a gesture of gratitude to the god of football for letting us attend a game that will be described to future generations.

Davide Taschini
A Bergamo native, Davide did not have to search far for a team to support. He remains proudest of the club’s famous run to the semi-finals of the European Cup Winners’ Cup in 1987/88, when they were playing in Serie B. These days he thrills to the skills and feats of attacking midfielder Josip Iličić.