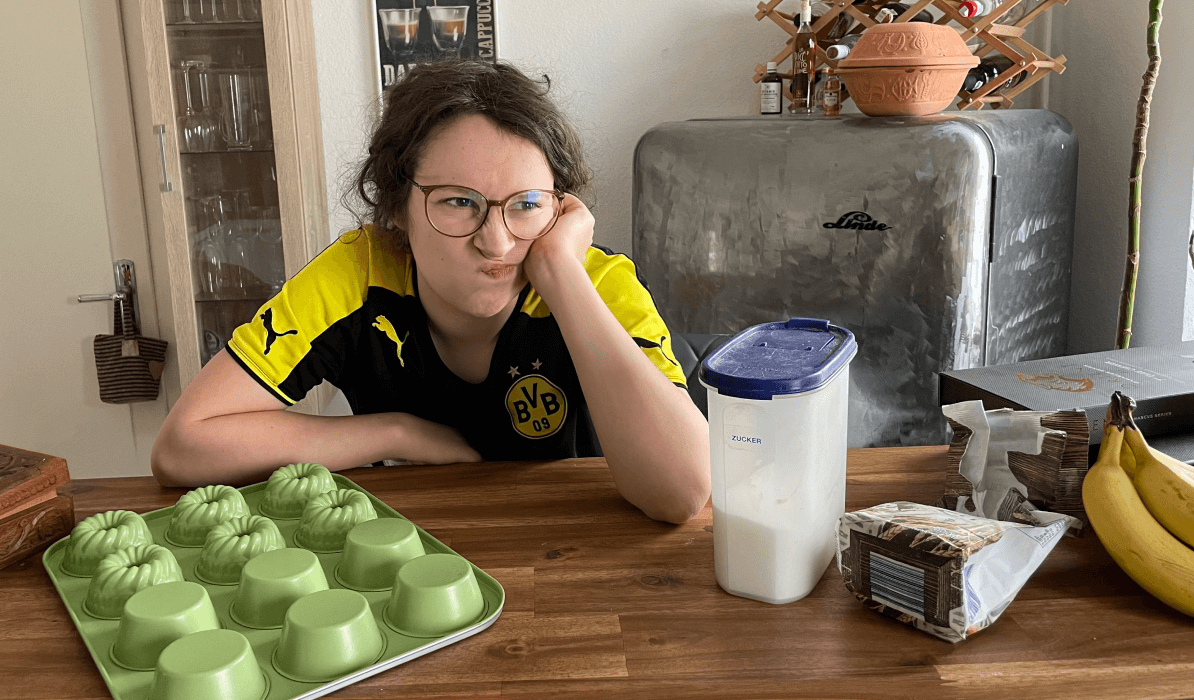 Dortmund fan Anastasia Gradl feels partially responsible for Dortmund’s loss to City, having decided against baking BVB cupcakes on the day of the game

“How can I as a fan have an impact on the game while sitting at home on the sofa, kilometres away from the stadium?” This is a question I’ve been pondering for years, especially on Champions League evenings like tonight. First of all, I have to say, I’m not usually superstitious. I don’t worry if a black cat crosses my path or if I see a horseshoe hung the wrong way around.

But when it comes to football, everything seems to change. I’ve had many theories about how I might be able to influence Borussia Dortmund matches. It’s all to do with that terrible feeling that if your team is losing, there’s absolutely nothing you can do about it, especially when you’re not in the stadium. You’re helpless. Initially, I thought they would always score the second I stopped watching. This was quickly proven wrong. I then wondered if what I wear could have an impact on the game. Finally, when I was about 17, I hit upon the idea that doing some BVB baking would bring good luck – black-and-yellow cupcakes for example. It even worked sometimes.

Ahead of the crucial second leg against City, I had to think about my earlier attempts to influence games. I wanted to do something to support my team so badly, but what chance did BVB cookies have against the might of City? Probably nothing, I said to myself. And anyway, I didn’t have enough flour.

I quickly regretted my decision. Dortmund’s first goal was great but I needed something sugar-laden to calm me down. It was too exciting. As the City pressure grew, I was wondering if it was already too late to get baking. By the time they had scored twice we needed a miracle. We could have done with some of my miracle-BVB-cupcakes.

To be honest, though, baking before important games hasn’t always worked. People have even been known to suggest that Dortmund victories on baking days were purely coincidental. But just maybe today it would have worked. Who knows? There’s only one thing I know for sure: they’ve never lost a game when I’ve been at the stadium. And until I’m proven wrong, I will stick to the belief that they wouldn’t have lost today if I’d only made those cupcakes!