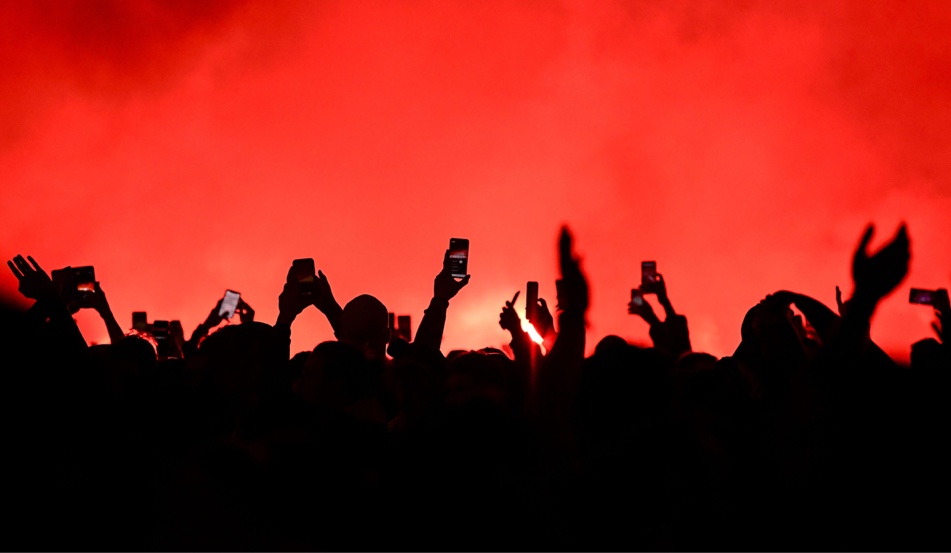 Paris fans celebrate victory against Dortmund in the round of 16

We continue our new series by checking in with Champions Journalist fan reporter Louis Frank, who has been digging up old photos, documentaries and family memories in a bid to stay in touch with his beloved Paris Saint-Germain.

Of course, I knew key moments that marked the club but I wanted to go beyond that. Rewatching PSG’s losses against teams like Valenciennes and Le Mans gave me even more appreciation for the star-studded roster we boast today, but most importantly the honour it is to play in the Champions League. It is only when you look back at the past that you can truly appreciate the present.

One website I’ve spent a lot of time on is the Institut National de l'Audiovisuel, which is home to French television archives, with old match footage and player interviews. I’ve also watched a 2010 documentary called 40 Ans de Fièvre, which retraces PSG's history with a focus on the link between the city and the club. Having been born and raised in Paris, it spoke to me; there is something mystical about what happens in a city filled with such history.

The documentary is a beautiful celebration that was made by true fans with the help of the club, so it includes a lot of never-seen-before footage that gives a great inside perspective. I encourage any football fan to watch, to get a sense of what it means to support Paris Saint-Germain.

Confinement has also led to me tidying random places in my house that I would never have bothered with otherwise. One of my finds was a picture, taken in 2007, of my first ever visit to the Parc des Princes, accompanied by my best friend Bastien. It moved me (even though we lost 3-1 to Rennes that day) as I realised that my love for this club, and my best friend, is still strong to this day.

I’ve also been speaking to my parents about their favourite games. They always speak fondly of the amazing 96th-minute header that Antoine Kombouaré scored against Real Madrid in 1993, putting us through to the semi-final of the UEFA Cup.

During this time of solitude, memories are what keep us sane; I feel closer to my club in a way that would never have been the case if normal life had continued.