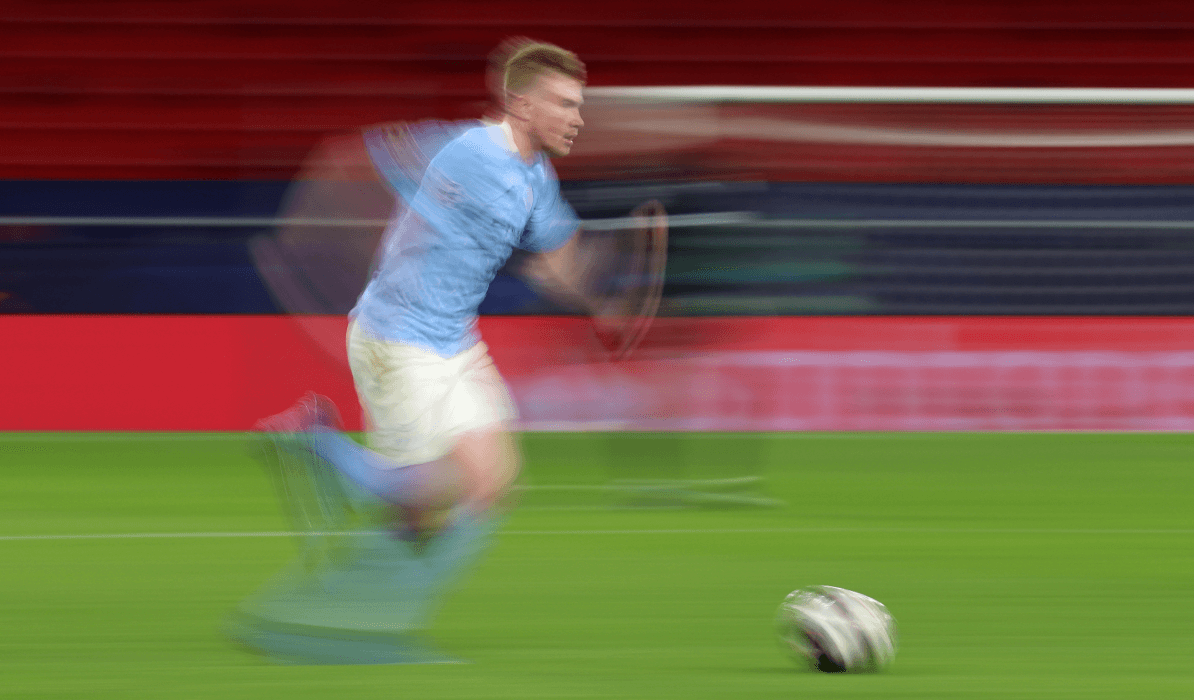 Are Pep Guardiola’s side on an irresistible march to Champions League glory? Fan reporter Hannah Watts is erring on the side of (very) cautious optimism

“Who can beat them?” Variations of that sentiment dominates coverage of the game as everyone muses about this Manchester City team. Their potential is apparently limitless and all around me are declarations that they can see this campaign through to the end and finally lift the trophy, providing the light at the end of a very dark tunnel. Everyone is excited – but I can’t quite shake the fear.

Once bitten, twice shy. Except as a Manchester City fan, I’ve been bitten so many times that I approach every Champions League game with dread, waiting for the curse from years gone by to strike again and for everything to fall apart. Even as I watch Kevin de Bruyne carve out a spectacular goal, outrageously guiding the ball into the top left corner of the net as if by magic, I still can’t bring myself to believe that we could do it.

I know that all it takes is one wrong step for everything to end; one slip, one injury, one second where our defenders let their guard down. That’s even as I watch Riyad Mahrez dazzle down the wing or Phil Foden gliding about, somehow always one step ahead of everyone else. And I can’t help but smile at John Stones in some of the best form of his entire career, a rock at the heart of the defence.

I should be admiring this squad, amazed at how magnificent they are. But that haunting voice still crops up, reminding me of when this team I love have fallen at an important hurdle so many times before.

City want to win this so much. We want to be the champions of Europe, to finally hold the one accolade that has, until now, constantly slipped through our fingers. We want it so much that we refuse to let ourselves get too excited; I keep the prospect of winning it at the back of my mind so that if we lose I can say that I never thought we had a chance – and if we win I can feel utterly euphoric.