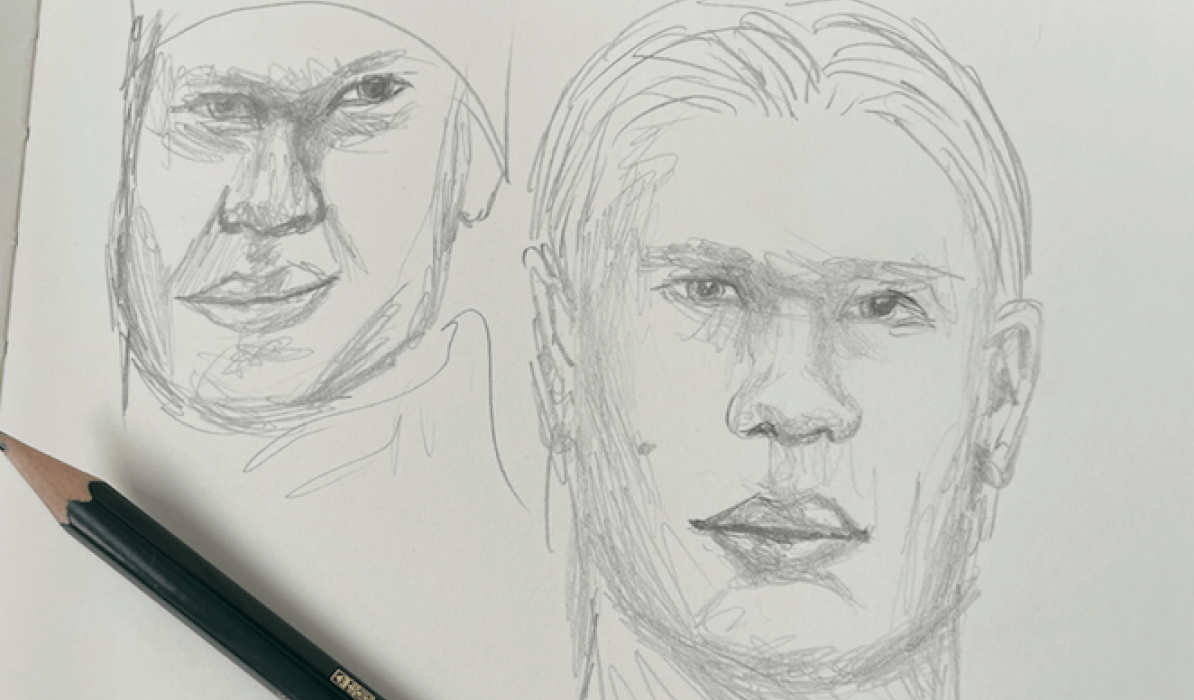 Champions Journalist fan reporter Anastasia Gradl was in her sick bed for yesterday’s game. However, she felt better after a combination of sketchpad and striker…

I was in hospital after a small operation for our second leg against Sevilla. Nevertheless, I was looking forward to watching the match at all costs.

But if you have ever had to stay in hospital for a couple of days, you know how boring it can get; time was crawling along while I was waiting for kick-off. So I thought it might be a good idea to draw some of my favourite Dortmund players, seeing as drawing is one of my favourite hobbies. It also seemed like a nice way to support my team indirectly.

However, Erling Haaland was my first and last attempt at drawing Dortmund players; all I could do was pray that his football skills that night would be better than my art skills. I am blaming the pain killers.

Luckily, Haaland was on form. The match was great; I love to see those guys fighting. They are finally expressing their will to win again. That said, I couldn’t see everything that was going on due to the bad internet connection in my room; sometimes I had to rely on my imagination to guess who the yellow and white dots were playing the ball.

Fortunately the picture quality was good when it counted, so I didn’t miss Haaland’s first goal. Though it was nothing compared to his second one, which had all sorts of ups and downs within a couple of minutes. First I was glad that he’d scored a second, then I was disappointed that it didn’t count. But then he was given a penalty – which was saved by Sevilla goalkeeper Bono. I was disappointed again. But then – final surprise – the penalty had to be retaken and Haaland finally scored again!

The match wasn’t boring for a minute and you could tell that Sevilla wouldn’t give up until the end. After they scored their second goal in the sixth minute of injury time, I was nervously hoping that the internet would keep working. My neighbour in the next bed had no idea what I was going through. Why wouldn’t the referee blow the final whistle? Then there it was! Finally.

I am relieved and looking forward to watching the quarter-finals in more familiar surroundings: at home with good internet, and with people who love football just like I do.