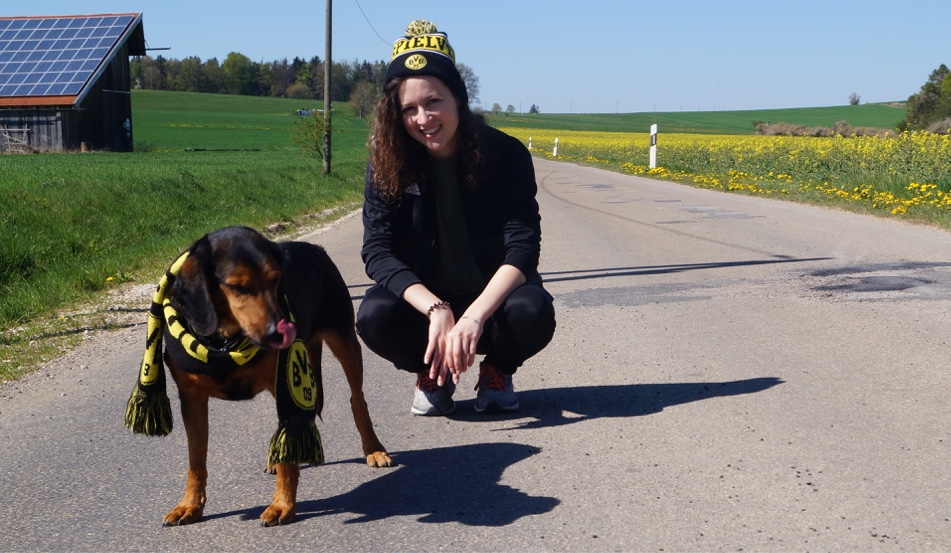 In our latest dispatch, Champions Journalist winner Anastasia Gradl describes how she has been making up for the absence of live football – and considers the prospect of the Bundesliga’s return.

It was only a few days before the much-anticipated Revierderby when we heard that all football games were cancelled. I was extremely disappointed: Borussia Dortmund v Schalke 04 is one of the most legendary matches in Germany.

That was six weeks ago. Now I am sitting in my parents’ house in Bavaria. Some say social isolation is a chance to learn something about yourself; all I’ve learnt is how much I miss watching football with friends and strangers in the stadium or a pub. How much I miss that feeling of excitement when you’re watching a match.

I’ve been finding old BVB games on YouTube. Not that I watch any that involve us losing; there is really no need to live through that twice. I enjoyed rewatching the first leg of the recent Champions League round of 16 game, when we won against Paris. Also the semi-final of the DFB-Pokal cup in 2015, when we beat Bayern München on penalties.

As you can imagine, I haven’t rewatched the legendary second leg of the 2016 Europa League semi-final, when Jürgen Klopp’s Liverpool eliminated Borussia Dortmund. Yet I still managed to come across it when I read a 2018 biography of our former coach, who probably caused that disastrous result. Nonetheless I enjoyed Bring the Noise by Raphael Honigstein; needless to say, I still admire Klopp and what he did for Dortmund.

To get a semblance of routine again, I’ve also been watching live FIFA 20 Bundesliga Home Challenge, played by professional footballers in their houses and broadcast on YouTube. On Saturday it was time for the virtual Revierderby, where Dortmund’s Achraf Hakimi challenged Schalke’s Nassim Boujellab – and failed badly. Boujellab won 8-0.

Hopefully BVB will achieve more when the real Bundesliga starts again. There’s talk of a resumption on 9 May, without any fans in the stadium. Even though I am looking forward to seeing live sport again, it won’t be the same without supporters in the stands. Watching football at home, alone, just isn’t as good as watching together.

But we all know that some clubs really need the continuation of Bundesliga in order to survive, including Schalke. I just hope all this won’t last forever; I want to get back into the stadium. I want to meet random BVB supporters on the train to Dortmund. I want to share a beer again without being afraid of viruses.

Till then I will have to practise patience. Which is easier said than done.

Get your copy for interviews with Pirlo, Jesus and Ederson
Buy now
Win an exclusive
topps cards set designed by messi
Enter now to win one of ten trading-card sets designed by Lionel Messi
enter now
Follow Us