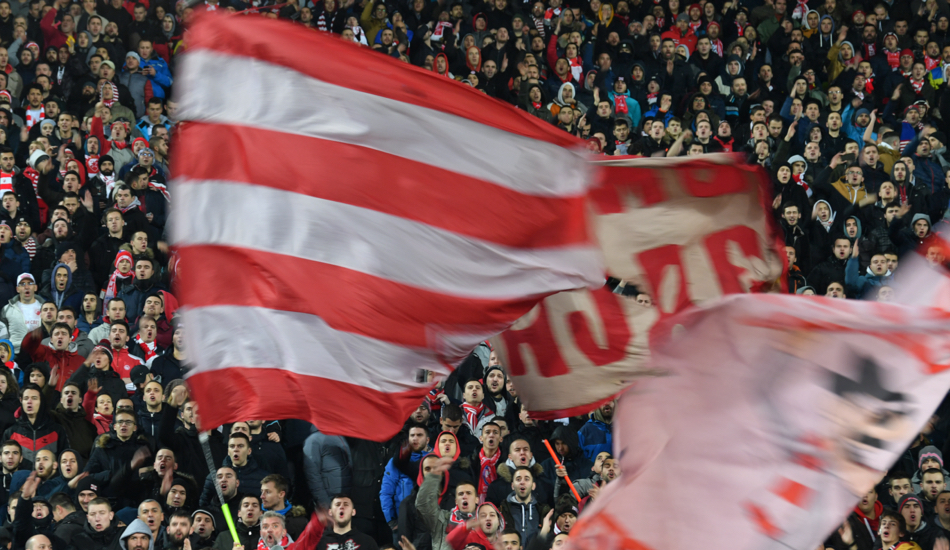 ‘Fans hope the club is returning to where it belongs’

Watching Crvena zvezda in the Champions League is a great experience. Every Champions League game at the Rajko Mitić Stadium is a special event, for fans, for the city of Belgrade and for Serbia. You can feel the atmosphere of the coming night’s match everywhere: in shops, bars, even in the traffic around the stadium. Everyone is excited, some a little nervous, but that’s an integral part of the game.

I watched the group stage games in the north stand, along with the most loyal supporters, who call themselves the Delije. You can’t even see the action for the first few minutes because of the choreography of the fans. And the support does not waver for the whole 90 minutes, whether the team is winning or losing. The players give 150% and sometimes burn out in that desire to work hard, but the crowd appreciates their fight, knowing our club is much weaker than some of the greats who play in the Champions League.

When Crvena zvezda score a goal, there is delirium in the ground and the players always come to the north stand to celebrate with their most dedicated fans. They risk a yellow card, but that is a small price to pay compared to the energy and love they receive. They also celebrate every victory with the fans, but even in defeat the support of the crowd is always there, because the most important thing is our love for the club.

Fans in Belgrade love football and appreciate the chance to see the best teams in Europe live, something they have not had the opportunity to do much in recent years. For the past two seasons, Crvena zvezda have been regular participants in the Champions League group stage, which gives fans hope that the club is returning to the level it belongs as former European and intercontinental champions.