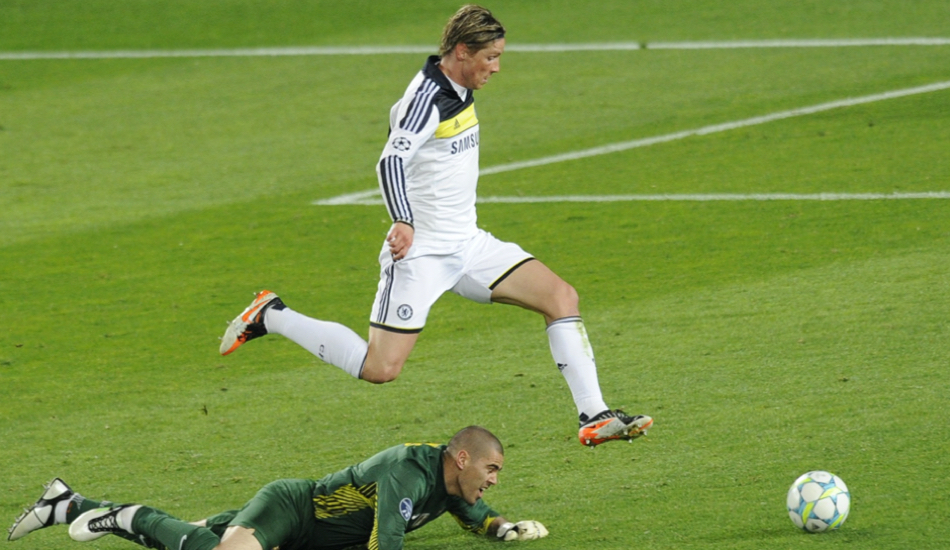 ‘To say I was nervous was an understatement’

As a Chelsea fan, there are countless memories associated with the Champions League, from John Terry’s slip on that rainy final night against Manchester United to Didier Drogba’s winning penalty against Bayern Munich in 2012, via Andrés Iniesta’s 90th-minute goal that sent us crashing out of a semi-final in between.

But perhaps my most vivid Champions League memory is of Fernando Torres’s winning goal against Barcelona. Having won 1-0 in the first leg, we returned to Camp Nou. To say that I was nervous was an understatement: this was a Barça side littered with stars – Lionel Messi, Cesc Fàbregas, Iniesta, Xavi, Gerard Piqué, Carlos Puyol – and they were considered one of the greatest teams in European football history.

I was 13 years old. My brothers and I huddled around the TV. We were consumed with nerves and, as the match wore on, it didn’t get any better. In fact, it worsened. Barcelona were controlling the game, creating chances left, right and centre, and we looked lost. Things went from bad to worse to near unbearable as Barcelona scored twice and Terry was sent off. At this point, with ten men, we sat silent, sullen.

Then – a goal! Out of nowhere we’d claimed one back and we all jumped up, elated. The neighbours started banging on the wall and my mum entered the room with a slipper in her hand but we didn’t take any notice, because we really felt that Chelsea could win, against all the odds.

It’s a different type of nerves when watching the final stages of the Champions League. Your team are so close yet it could all come crashing down with a single goal. The football gods can be merciful but they can also be so heartless, and we weren’t sure what cards we were going to be dealt.

And then all I remember is a ball flying through the air and landing at the feet of Torres. There was no one but him, the keeper, and me. And as soon as he side-stepped Victor Valdés, we all knew where it was going.

“I would pay £50m just for that.” To this day I still remember my brother saying that, and I still couldn’t agree more.

Atiya
Born into a Chelsea-supporting household, Atiya has been a loyal Blues fan for as long as she can remember. Singling out one player from a golden era is no easy mission, but the likes of Michael Ballack, Didier Drogba and current manager Frank Lampard all have a place in her heart – with Chelsea’s Champions League triumph in 2012 her most cherished football moment.