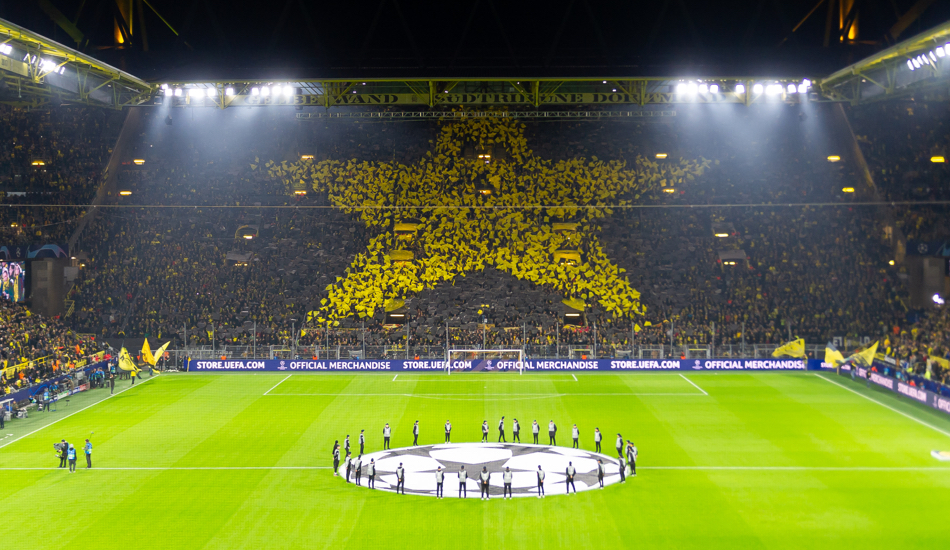 ‘The Yellow Wall is bouncing and having a great time’

I am sitting on the train toDortmund. Three guys my age are sitting in my section, as well as a woman and two older men. All of us are sporting the same black-and-yellow dress code so it doesn’t take long for us to find a connection and start a conversation. It’s that familiar feeling of synergy with complete strangers who support the same team as you. After a while, one of the guys asks me if I’m going to the match on my own and when I confirm that I am, he’s impressed: “Wow, I’ve never thought about doing that.”

As we part ways at the stadium, “Good game!” is the last thing I hear; that’s what we are hoping for. It’s important to get more points against Slavia Praha than Inter get against Barcelona. I can feel the excitement building as I head to my seat, an hour before the opening whistle.

I watch the stadium slowly fill and, after a while, the Slavia fans start singing songs and cheering for their team. Meanwhile the famous Yellow Wall of Borussia Dortmund is still quiet, watching the little away-fan block filled with red, allowing them all the attention they can get because they know they won’t be audible during the match. As soon as the teams walk on to the field, you can hear why: Borussia’s enormous south stand is one of the most impressive phenomena in football. It spurs on our team throughout the game and even the Slavia fans next to me are so impressed that they can’t help but join in.

It’s a close match but in the end, Dortmund win. When stadium announcer Nobby Dickel declares Barcelona’s victory over Inter, the whole stadium cheers and celebrates the hero of the evening: Roman Bürki, who saved so many shots tonight. The players start a little mosh pit to the beat of the Wall and soon we’re all bouncing and having a great time.

On my way home I meet several more BVB supporters and once again, we all click right away. We enjoy the pleasant feeling of a successful evening – and we know we’ll be back for more soon.