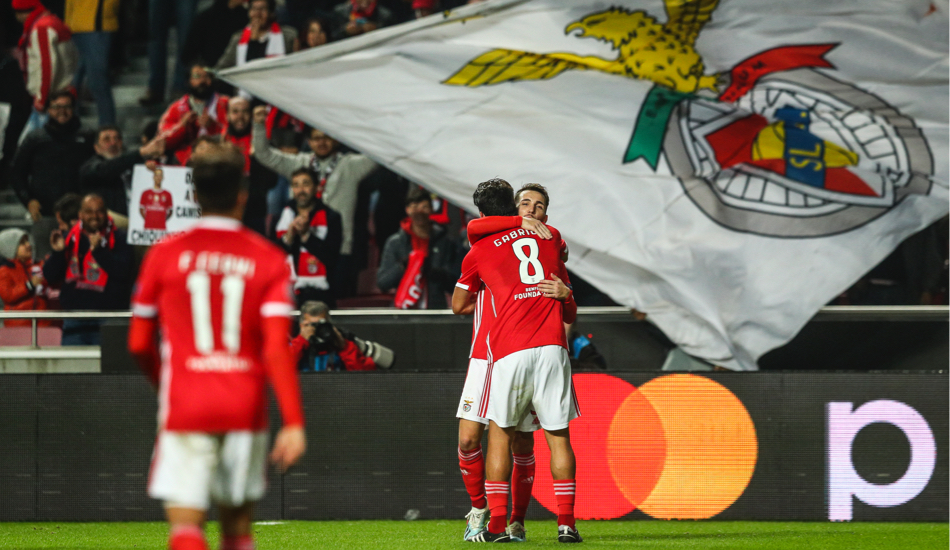 Benfica fans and players after their third goal against Zenit
10 December 2019, Benfica

Despite being out of the Champions League, Benfica can still grab a place in the Europa League when they take on Zenit tonight – and that is a big motivation for the fans. I am no exception. My plan for today is to head directly to the stadium after work to watch with friends.

My matchday starts when I take the underground to work wearing a Benfica scarf. I’m not the only one. Plenty of other Benfica fans have exactly the same idea, and I can also see Zenit fans freshly arrived in town with their scarves and team shirts. Speaking to some of them, we all wish for a good match and to see both our teams achieve their goals.

Thanks to the scarf on my desk, the office chat of the day revolves around tonight’s game and the various possible scenarios for Benfica.

After work, my destination is the Estádio da Luz in a crowded underground train, with the usual Lisbon rush-hour crowd combining with fans on their way to the match. Among them are groups of Zenit supporters peacefully singing their songs.

My meeting point with friends is a roulotte de bifanas‚ a typical Portuguese food truck that sells pork sandwiches. The atmosphere, with Benfica fans everywhere, is amazing. Bifana, beers and friends are the best starters for the main dish of the match itself.

It’s time to enter the stadium, to watch the flight of the eagle, to sing the Benfica anthem with a raised scarf and, of course, to experience the Champions League anthem. Águia Vitória is the Benfica mascot‚ a real eagle that flies over the crowd ahead of every game before landing on the club’s crest. O voo daáguia has been part of the show since 2006 and it’s always magical.

The match starts and there are no goals in the first half, raising anxiety for the second. Everyone checks their phones at half-time to see the scoreline between Lyon and Leipzig.

Fortunately, Benfica produce goals after the break and win 3-0. Like the rest of the crowd, I feel pleased with the performance and happy to have sealed third place in the group. I even buy the matchday scarf – and now it’s time to support Benfica in the Europa League!