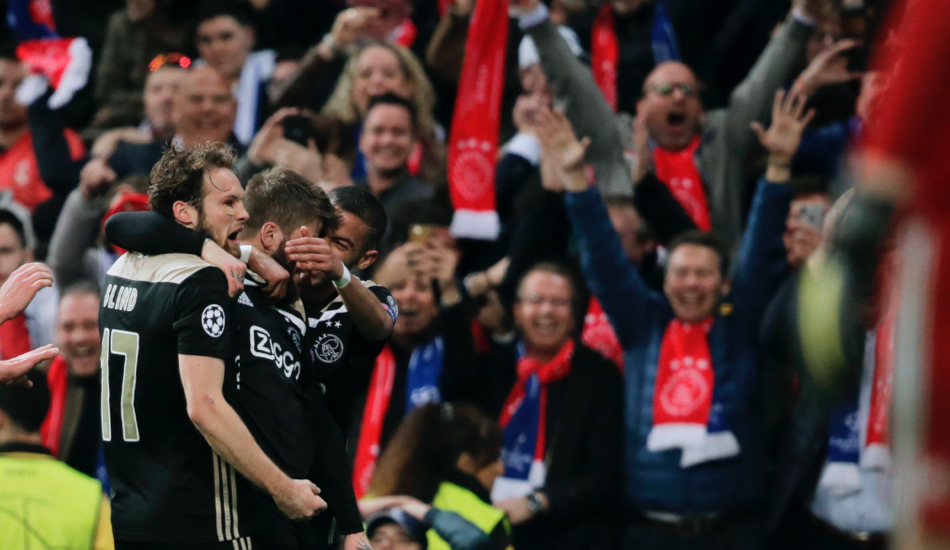 Celebrations as Ajax do the unthinkable against Real Madrid last season
5 March 2019, Ajax

'My heartbeat was over 200bpm and I couldn't stop smiling'

I had come home from football training and was getting ready to go to a party. While putting on some clothes, I started watching Real Madrid v Ajax – a game I never thought Ajax had a chance of winning. But then, suddenly, after a few minutes, Ajax scored. It was insane. I stopped what I was doing and sat down in front of my laptop. I was shaking!

A few minutes later, Ajax made it 2-0. I couldn’t believe what was happening. I immediately ran downstairs and told my dad: “Turn on the TV! Ajax are winning 2-0!” I’d already decided I wasn’t going to the party until the game was over. Ajax then made it 3-0 in the second half. When the goal was confirmed by VAR, I began jumping up and down in the living room. My heartbeat was over 200bpm and I couldn’t stop smiling. “This must be a dream,” I thought.

Real Madrid scored later in the game, but I was confident. Ajax wouldn’t let this slip… and, sure enough, Schöne scored a beautiful free-kick shortly afterwards. It was over now! “This isn’t possible,” is all I could think. “Ajax, MY TEAM, are knocking out Real Madrid, who have won the Champions League three times in a row.” It was the best game of football I’d ever watched and a wonderful night.